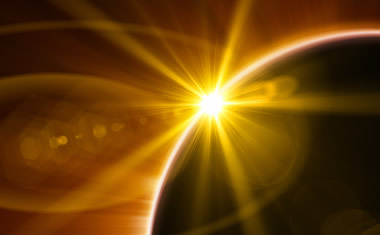 We are bouncing off walls today as the jittery Gemini Moon skips through a wide range of aspects. It’s as if we can’t sit still because we’re bothered by little things we might normally let slide. We may vacillate between extreme negativity and abundant positivity without finding a resting spot in the middle. Like the rising and falling tides, it’s smarter to go with the flow, rather than attempting to justify our expansion or contraction.

And, if that wasn't enough, Uranus joins Mercury, Mars, Saturn, Neptune, and Pluto all retrograde this week. Now the planets appear retrograde just about every year as pass them on our lap around the sun, or are lapped by them, but they don’t usually all go at once.

But, hang on . . . . we're not done yet! It's still eclipse season as August begins. That's right ~ there's another one. Although we experienced two eclipses in July, sometimes the universe decides that it needs to throw a little more chaos our way. Why? Because chaos is often the agent of change, and change is the only way for our souls to grow.

On August 11 there will be a Solar Eclipse in Leo closely conjunct Mercury, which is retrograde in Leo. What does this mean? Well, most significant is that there will be some type of new beginning in your life that has roots in romance, children, or a creative endeavor. Wherever you have Leo in your chart is where you are willing to take a chance. Yes, you'll be ready to do this, but the fact that Mercury is retrograde (and Mars too) will absolutely bring with it some type of delay and frustration connected to your eclipse promise. Be patient and know that whatever seeds you try to plant with this eclipse won't truly get off the ground until the very end of August, when Mars turns direct and Mercury turns direct and moves past the degree he occupied during the eclipse. 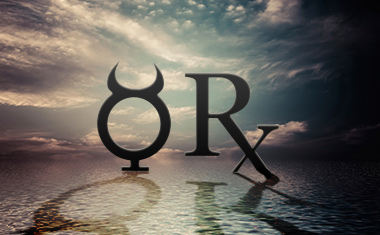 With Mercury moving retrograde until August 19, you might be re-visiting some old drama connected to your love life or with a child, in an attempt to resolve matters. Clarity will arrive by the end of the month. This will also be a great time to revise an existing creative project you're working on. As you can see, between the eclipse and Mercury Retrograde, there is a simultaneous "out with the old, in with the new" energy at play in Leo matters.

Retrogrades aren’t evil, contrary to some astrological rumors, but the retrograde planets slow us down, send us back to regroup and review, and remind us (with a few complications) not to take ordinary life for granted.

A Full Moon in Pisces on August 26 has you feeling ALL the feels. Not just your own, but everyone else's. This might be an emotionally draining time, so remember to do whatever you must to nourish your soul and recharge your spiritual batteries. It's as if the universe is trying to suck out every last bit of what is holding you back before you get pushed forward in a major way.

That push forward happens on the August 27 when Mars, the planet of motivation, finally turns direct after having been retrograde since June 26. Once this happens, every single red light in your life will suddenly turn green. Ready, set ... go!

Raven is a self-described animal whisperer, lifelong pet parent, and owner of HolisticPetsAndPeeps.com. She is certified as a holistic consultant, aromatherapist, Angel Intuitive, Reiki practitioner (for animals & their people), and pet nutritionist. She encourages others to celebrate animals as part of the family, as well as keep them happy, healthy, and spoiled! When Raven isn't busy being a slave to her very demanding senior cats or helping her favorite rescues with fundraising projects, she is most likely working on growing her businesses and raising awareness in an effort to make this world a better place for all animals.