The Complexity of Canine Memory 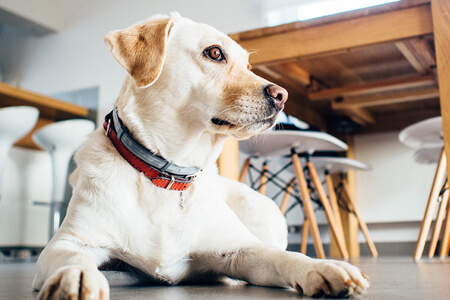 Have you ever sat staring deeply into your dog’s eyes, wondering “I wonder what you’re thinking?” Sure, they give us clues here and there, but as a whole, the workings of your dog’s mind remains a mystery.

But there’s mounting evidence that we may have underestimated their mental capacities. I know when I was going through school and we would use words describing the emotions the pets seemed to feeling - love, anxiety, fear - we were often shut down with a stern, “Don’t anthropomorphize!” It was assumed that only humans were capable of such human-like emotions.

As we’ve studied more the amazing bonds that exist between humans and dogs, we’ve gotten better insight into the inner workings of their doggie brains. And while it’s true that we can’t say with 100% certainty what a dog thinks and feels (because you’d actually need to be able to talk to a dog in order for him to tell you that), I can tell you that the more we learn about their inner workings, the gap between people and dogs is narrowing. Each new study offers amazing insight into how smart, individual, and yes – emotional – they really are.

One of the most common tropes we hear about dogs is, “They live in the moment,” which assumes they don’t spend too much time thinking about the past. But all of us who share our lives with dogs have seen them react to something in a way that indicates they sure do remember things, thank you very much! As a veterinarian, “white coat syndrome”, the fearful reaction of a dog to a veterinarian in a white lab coat, is so well-documented that many of us just stopped wearing the jackets entirely.

And now science is finally showing, beyond a shadow of a doubt, that dogs remember much more than we previously thought possible. 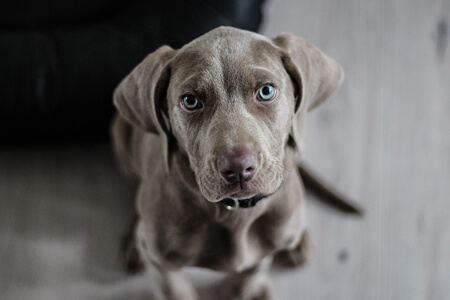 A recent study of 17 dogs in Current Biology explored the idea of episodic memory in dogs. They began by training the dogs to “Do as I do”, i.e., to imitate their trainer’s behavior. In this case, the dogs were aware they were receiving a cue, a signal to say “pay attention to what I’m doing.”

Then the researchers repeated the experiment, but without giving the “Do as I do” cue beforehand. Regardless of what the person was doing, the dog was instructed to lie down. Afterwards, trainers gave the dogs the command to repeat what they had just observed. This forced the dogs to recall what they had observed using episodic memory. This form of memory centers around the ability to recall a specific event from the past, but you didn’t know you were supposed to remember it at the time it happened. Despite showing signs of surprise, the dogs were able to recall what they had seen and imitate the person’s actions.

By demonstrating this ability to mimic, the study designers showed that dogs are watching and storing what they see all around them. Like people, they appear to be dumping all of that input into a short term memory bank, and if the information isn’t needed, it gets tossed out. Much the same way I can tell you what I had for dinner last night but not last month, a dog’s brain is quite capable of assessing memories and storing those considered pertinent for survival. As a social species whose evolution is closely tied to ours, it makes sense that they actually think in many of the same ways.

So, the next time you do something embarrassing around your pup, don’t be so quick to think they won’t remember it. At least we know for certain they won’t be spilling our secrets via speech, right?


Raven is an engaging entrepreneur who encourages others to celebrate pets (and ALL animals) as part of the family, as well as keep them happy, healthy, and spoiled with her Holistic Healing, Animal Intuition, Aromatherapy, Animal Reiki (www.HolisticPetsAndPeeps.com & www.HealingOilsForAnimals.com), as well as her premium pet food business (http://www.PremiumPetFoodStore.com)

For more information, please visit her Facebook page to PM her (https://www.facebook.com/HolisticPetsNPeeps), or email her at HolisticPetsAndPeeps@gmail.com.